I don’t know if it’s just me, but this summer is flying by.  It’s August 1st already…WHAT?!?!  Maybe it’s because I’m a Chicagoan and summer (also known as road construction season) lasts only 3 months and then it’s back to cold wind and snow up to your eyeballs, but I am trying to squeeze in as much during the warm months as possible.

Oh, good gracious.  To be fair, there’s nothing technically “all-star” about this dish, but it played my tastebuds like Michael Jordan played basketball.

Let’s rewind to the beginning of this creation, shall we?

After a morning meeting with Heather at Healthy In Chicago, I visited the Lincoln Park farmers market:

I know what you’re thinking and no, the farmers market isn’t actually on a farm- but the petting zoo is directly across the street.  I decided to get a quick workout in, so I ran (sprinted, actually) all the way there.  Part of why I love where I live in Chicago is that it’s within walking distance of so many things- the zoo and farmers market included.  At the fast pace I was going, it only took me about 5 minutes to get there.  I ran a bit further and then circled back.

As I perused the vendors’ tents, I came upon a boulanger (ie, baker) that had some amazing bread. 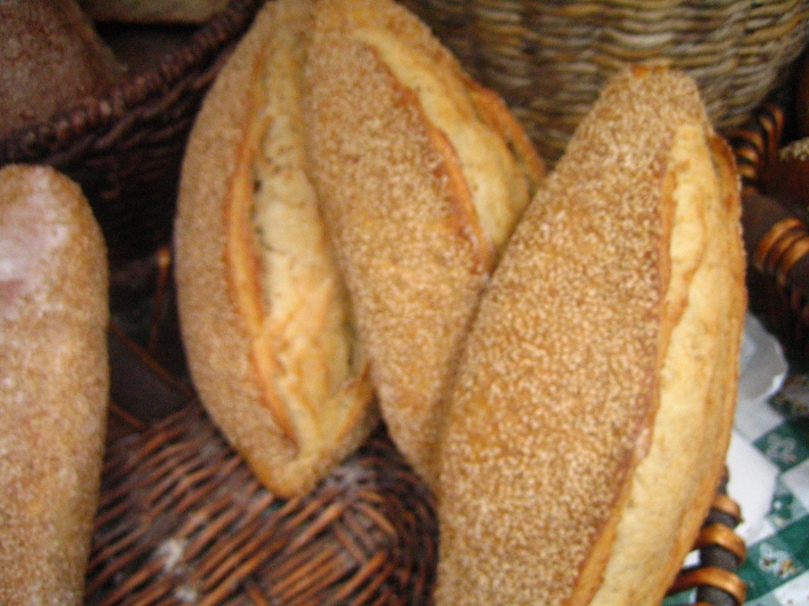 I chose a sesame semolina loaf, as per the recommendation by the girl working the tent.

Now, we all know that I can’t control myself and I needed to break into this bread as soon as I got home (let’s be honest, I’m lucky I didn’t break into it on the walk home).

It was so good!  After debating what I should do with it, I settled on French toast.  It sounded like a strange idea at first because of the sesame seeds, but it ended up being some of the best French toast I’ve made.  The doughiness of the bread really soaked up the egg mixture and the seeds added a really nice heartiness.  I didn’t have any maple syrup (I’m not really a huge fan of maple syrup.  Gasp, I know.) so I decided to make a sauce to go on top.

For the egg mixture:

Mix all of those in a shallow dish and then soak the bread slices in it while you make the sauce.

Mix all of these ingredients in a bowl and set aside.  Cook the bread in a bit of butter (I used about 1/2 teaspoon) in a skillet, flipping occasionally until golden brown.  Top with the sauce. 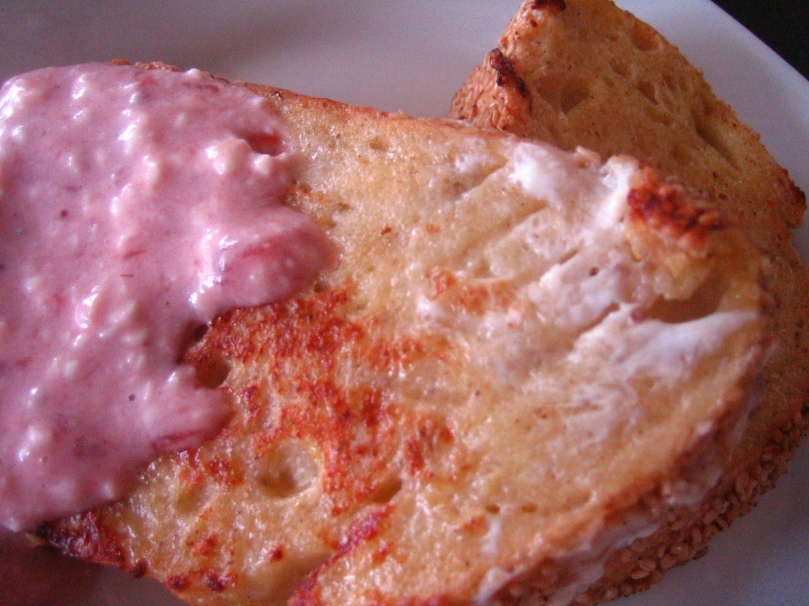 This was such a great Saturday morning meal.  The fresh bread worked perfectly as a base for the French toast and the sauce tasted like strawberry cheesecake.

Way to get the day started off on the right foot, Megan. 🙂  After that, my day was filled with friends, good food and street festivals.  I can’t think of a better way to spend a summer Saturday.

What’s on your list of things to do before summer ends?