We all know that I’m a big food nerd. 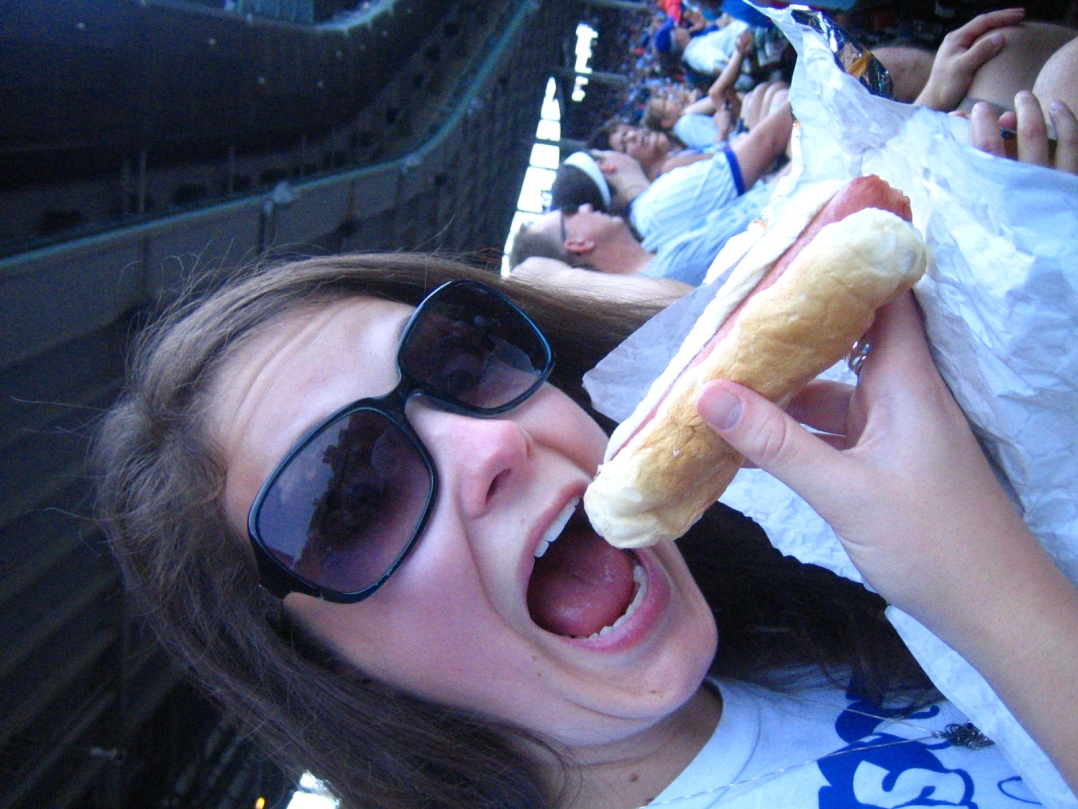 Ok, I’m also a nerd in general, but that’s neither here nor there.

If you’ll remember, back in August during the Healthy Living Summit a few of us Chicago healthy living bloggers decided to organize a blogger meet up.

Well, we finally did it!  It was so great to meet up with other food nerds.  I could sense the confused fear in the waiter’s eyes when we all whipped out our cameras before the last plates had even hit the table.  And then we made him take a group picture of us.

Poor guy.  He was a good sport though.  Front row:  Kate, Katie, Heba; Back row: Tracey, Kelly, me and Amy.

I don’t consider myself to be an indecisive person in general (boyfriend may beg to differ, which you will please disregard) but I tend to freeze when faced with a good brunch menu.

The menu at Yolk isn’t good.  It’s awesome and enormous.

Amy and I couldn’t decide between sweet or savory, but we knew we wanted bacon.  Some things aren’t negotiable.

Cinnamon roll french toast.  Amy doesn’t like fruit.  I don’t get it, but if that means our sweet option had to involve sugary glaze rather than strawberries and bananas I think I’ll survive.  It was everything I wanted it to be: sticky and satisfying.

Happy brunch after-glow faces.  Or is that just a slight coating of sticky bun glaze?   I also may or may not be falling out of my chair.  Pay no mind.

After brunch, Amy and I decided to venture out to walk off our food coma.  We hit up some stores on Michigan Ave (how touristy for us Chicagoland dwellers!) but the evening eventually circled back to this.

Irish nachos at Jefferson Tap.  This is one of my favorite neighborhood bars that’s not actually in my ‘hood so I had to initiate Amy.  There really wasn’t an option.  And besides, 5 hours after brunch I usually need some waffle fries with all the nacho fixin’s or else I have fainting spells.

Those nachos owned us.

Tell me:  when you’re out for brunch do you get sweet or savory?  Do you have as much trouble as I do?