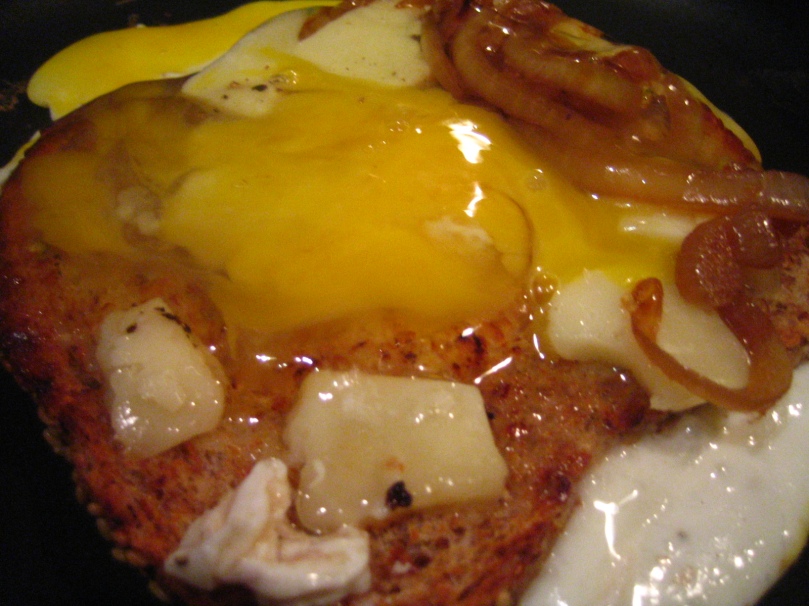 But I have to tell you a secret.  Come closer.  Shield your screen from those nosy onlookers.

There was a time when I couldn’t stomach eggs.  I didn’t like them.  I wouldn’t touch them unless it was what was served and I was ravenous.

Well, it was one of those magical dishes that only parents know how to make to trick their kids into eating things that are good for them.   I’m not certain of the origin of the Bird’s Nest, but I’m pretty sure it was invented by a mom who was one step away from pulling every last hair out of her head because all her kids wanted for breakfast were sugary pastries.

It’s basically a piece of bread with a hole cut (ripped?) out of the center with an egg fried underneath so that the yolk poked through the top.

Whimsical?  Yes.  What kid would argue with that?  Next to a grilled cheese sandwich, you can’t beat it.

I dressed mine up with some caramelized onions

and topped it with a few chunks of sharp white cheddar. 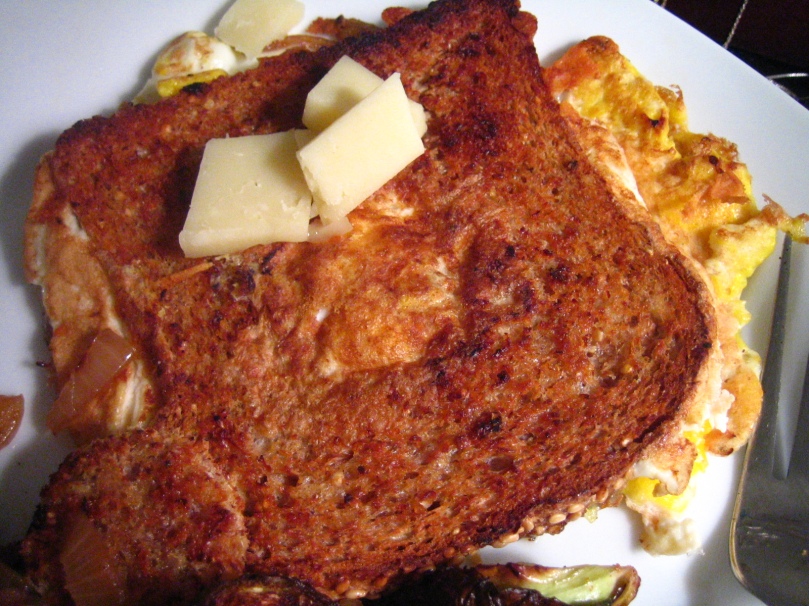 And that, my friends, is how you overcome a dislike of a food.

To all you parents out there with picky kids, make this for them.  They will eat their eggs without an argument.

Of course, I served myself some roasted brussels sprouts alongside mine tonight.

I wouldn’t serve those, though, unless you have the least picky kids in the world.  They’ll learn these little cabbages in time, just like I did.

Just don’t expect them to stop asking for Bird’s Nests-  ever.

7 thoughts on “When in Doubt, Make Eggs”