Seriously, though, if you didn’t hear, you must live in a place with no other humans or technology (which would render reading this blog a very difficult task) because I heard it from Twitter, the radio AND Amy all before lunch.

And, because my life is merely a string of ironies, yesterday happened to be one of the approximately 11 days of the year that I didn’t have peanut butter for breakfast.  I had almond butter instead.  And for the record, I still don’t really like it.  I try to, I really do.  It just doesn’t cut it for me.

So once dinnertime rolled around, I felt that I was due some peanut butter.  But since peanut butter toast is just inappropriate for a lady to consume after a certain hour in the day (check Emily Post- I’m sure it’s mentioned somewhere there), I went a different direction. 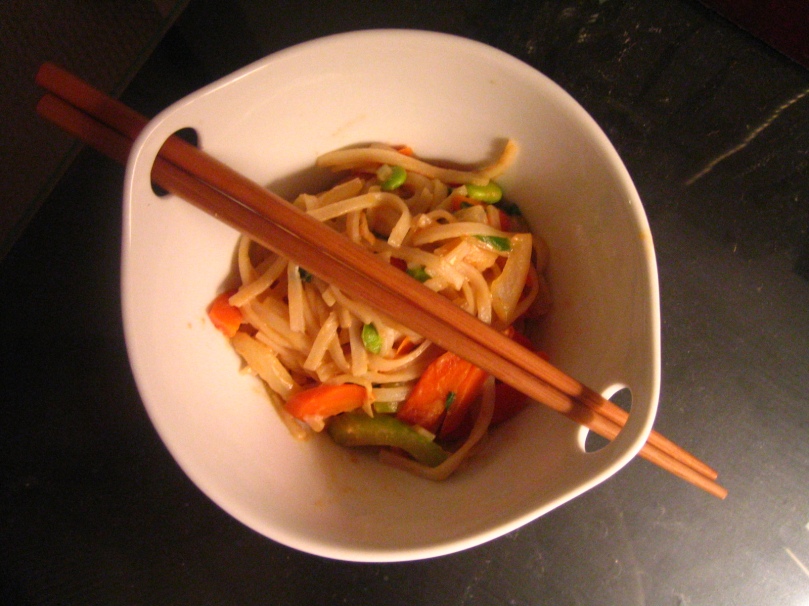 Not Almond Butter Noodles
serves 2  (or serves me, twice)

1. In a small bowl, combine peanut butter, soy sauce, fish sauce and sriracha and mix. Add water 1 tablespoon at a time until it has reached a thick but liquid consistency.
2. Heat oil in a skillet or wok over high heat.
3. Once the oil begins to ripple, add carrot, celery and onion and sprinkle with a pinch of salt. Stir fry for 2-3 minutes until vegetables begin to soften but before they begin to brown.
4. Add noodles and edamame to the skillet and toss with vegetables to heat them through.
5. Add sauce, garlic powder and scallions to skillet and toss well to combine. Remove from heat once scallions begin to wilt. 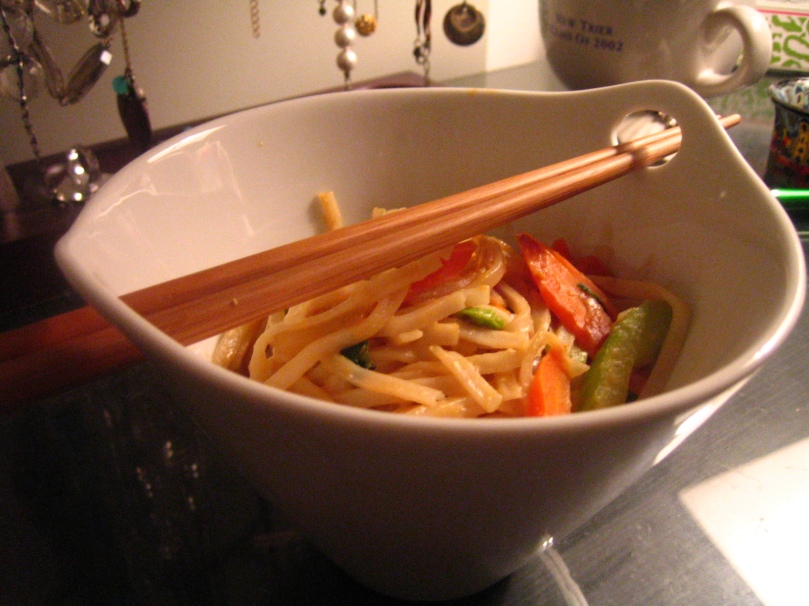 I made 2 servings so that I could bring half with me to work today.

I have to say that eating this with chopsticks out of my pretty bowl was way more fun than eating it out of tupperware with a fork today. 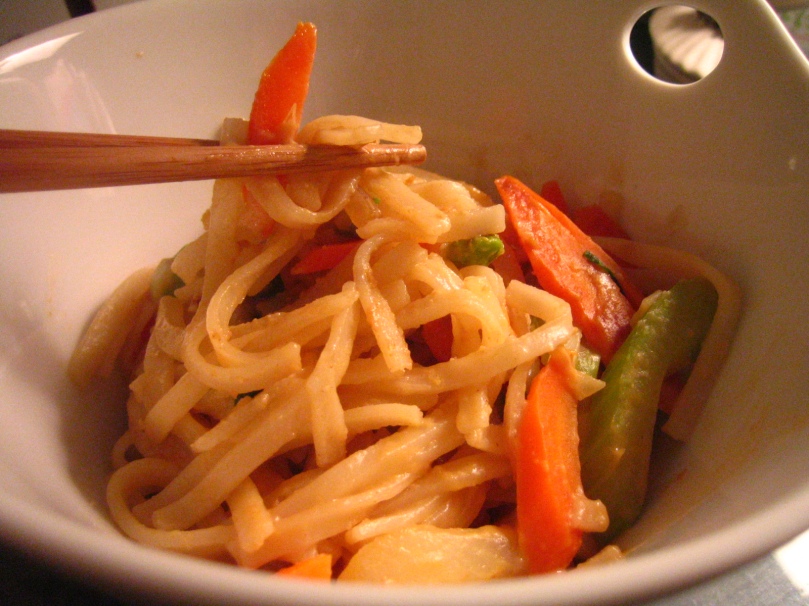 14 thoughts on “I Guess I Should Eat Some Peanut Butter”