If you even read one blog post between April and September of last year, you know that I’m a huge Cubs fan.

And if you read anytime over the winter, you surely know that I’m a Bears fan.

Well, I’ll tell you. Baseball and football are important to my life.  I go to as many baseball games as possible, I always catch Sunday NFL games and college games, I own apparel touting my allegiances.  You get the picture.

Basketball, however, I just can’t get my heart around.  I have a feeling this has to do with the pace of the game along with the fact that the Jordan-era Bulls sort of ruined my expectations.

My point in telling you all of this is that the Final Four was not on my radar on Saturday. At all.

So when my old roommate, Lauren, and I went to get dinner in a neighborhood rife (rife, I tell you) with sports bars, we ran into line after line to get into almost every establishment.

Seeing as we were both hungry to the point of delirium at the time, we decided to duck into a place that probably didn’t have TV’s, thereby allowing us to snag a table immediately.

The restaurant that we happened to duck into, Tokyo 21, only recently opened in this location so I didn’t know too much about it.

One would think they would serve sushi and other Japanese fare, right?

Well, they don’t.  They serve “pan-Asian” grub.  This was quite alright with us since neither of us is picky (and they serve booze), but the name seemed a little misleading.

The dishes are all fairly small plates, so we decided to just split a bunch, starting with the bacon crab rangoon.

I could’ve eaten several plates of them.  They weren’t super bacony, but they were still pretty awesome. 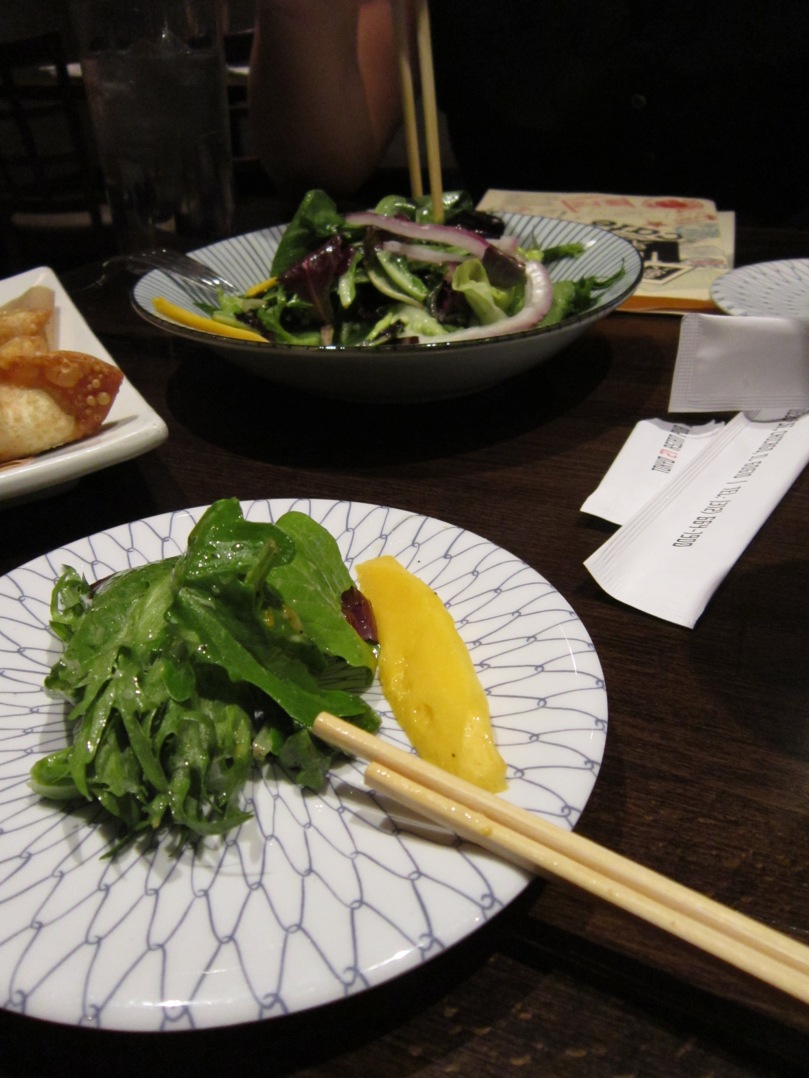 We moved on to a mango-citrus salad, which was also solid. And let’s face it, I can always use a little green on my Saturday nights.

WINGS.  These were pretty important to my life at the moment they hit the table.  Definitely get an order of these if you go there.

Spring rolls. There were 4 in an order.

Apologies for the half-eaten dish in the picture. We were hungry.

These were very light and refreshing, but didn’t have a ton of flavor to me. Although, I ate them after the wings so my palate was probably ruined at that point. 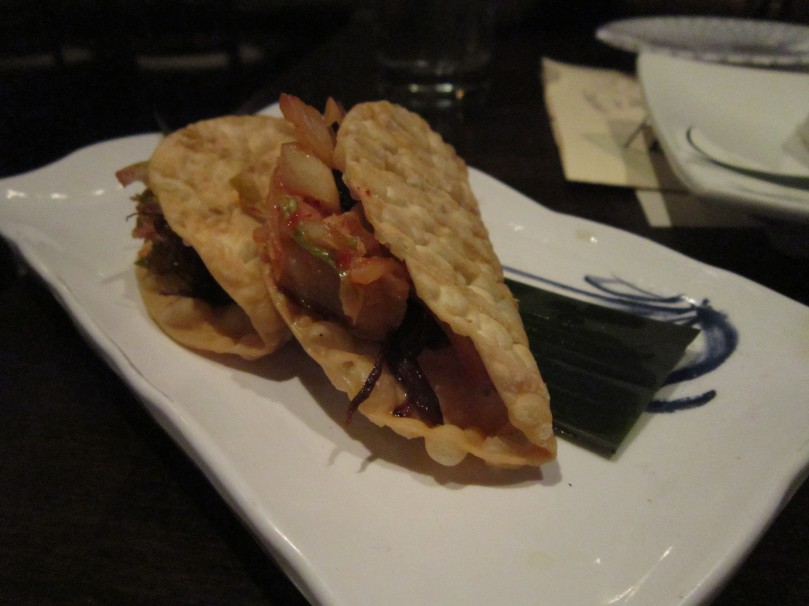 And beef tacos with kimchee.

I like kimchee. But it smells like butt. Just be prepared.  These tacos were very good, though.

If for no other reason than they tout themselves as “the home of the sake bomb”.

Oh, and for the record, they do have TV’s. The basketball fans must not have known.