I am, it seems, perpetually in a state of returning home after a long absence.

This is, in part, because I work 25 miles from my apartment and my commute takes about half a year. Each way.

It is also in part due to the fact that my family lives closer to my place of work than I do, so I sometimes stay with them rather than deal with the aforementioned commute.

Consequently, I’ve been noticing the influx of food in my kitchen adopting an interesting pattern as of late.  It goes like this: normal grocery trip, prepare/eat like a normal person with supplies dimishing accordingly, vacate apartment for a period, return home and embark on massive grocery trip after which I cook and gorge like a beast, resume normal grocery trip.

Currently I’m between phases 3 and 4, meaning that I have returned but have not gone to the store.

Remarkably, given the miracle of the freezer and produce with long shelf lives, I’ve actually managed to squeeze out some damn fine meals.

For one thing, this: 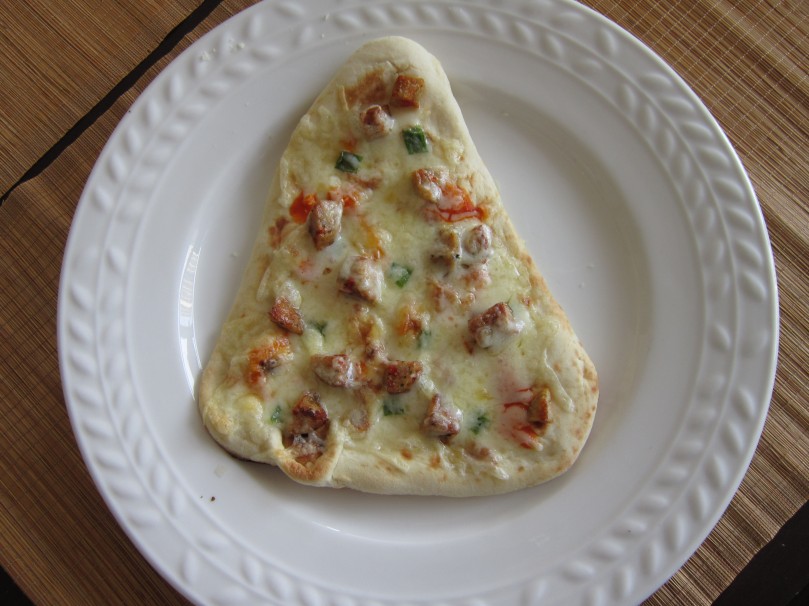 I took a frozen piece of naan bread, covered it in buffalo sauce, scallions and a chicken sausage, sprinkled it with cheese and baked it until browned and bubbly. 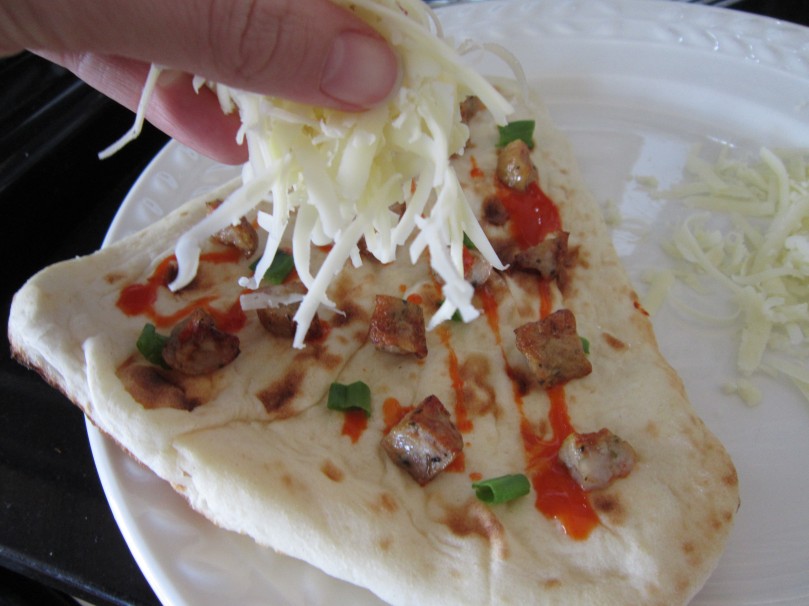 This was a fairly dangerous discovery.  I have an aversion to making any kind of bread (it’s a “fear of using yeast” thing) and knowing that I can make pizza at any time means that I’ll probably be using this as a cop-out meal a lot going forward.

11 thoughts on “More Than Making Do”