There was a time- a time before I started consciously trying to eat healthfully- that I was a vegetarian.

It was during high school, and I decided that meat was not my thing.

This decision was highly disturbing to my parents, especially my dad, as both were raised (and had raised my sister and me) on almost any kind of meat that could be found.  My dad willingly eats liver and my mom dreams about the klub (Scandinavian blood sausage) of her childhood.

My fourteen-year-old self decided it was high time to publicly proclaim my separation from these yucky things. (To be fair, we mostly just ate beef and chicken. But still.)

Of course, becoming a vegetarian at the same age as a person could plausibly be expected to cook a full meal meant that my dad often told me, “I don’t know what to make you. YOU make dinner.”

It was at that time that I discovered the joy of homemade veggie burgers. One of my stand-by cookbooks had a wheat germ burger made with zucchini and mushrooms and it quickly became a favorite- not just of mine, but of my whole family’s.

Of course, these days I’m cheap and don’t have such things as wheat germ often laying around.  So I made some changes, added some spices, and came up with these beauties. 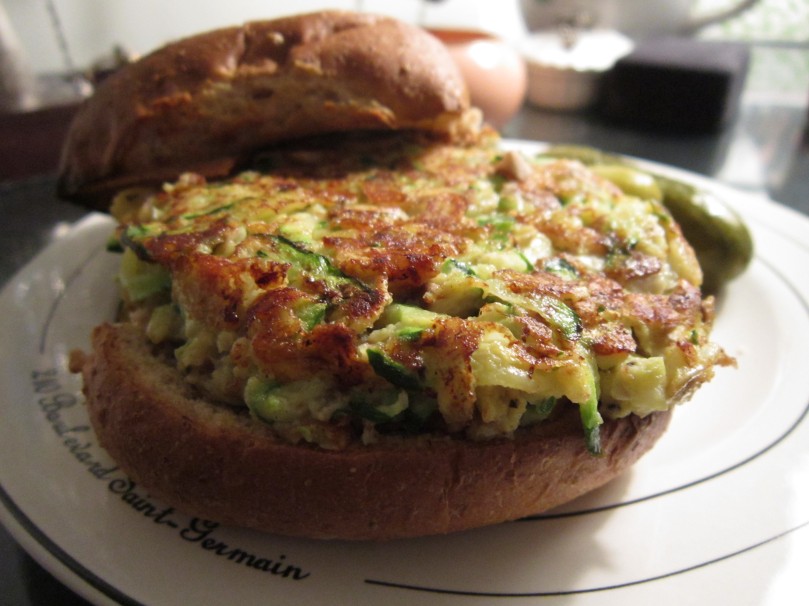 1. Grate zucchini (you should get about 3 cups worth) and onion with a box grater or with a food processor attachment.
2. Using a paper towel or cheesecloth, squeeze excess moisture out of zucchini and place in a bowl with onion, mushrooms, eggs, cheese, breadcrumbs and spices.
3. Form mixture into 5 patties, about 3/4 inch thick.
4. Spray a skillet with cooking spray and heat over medium heat. Carefully place burgers in skillet and fry, flipping once, until golden, about 3 minutes per side.
5. Serve with condiments of choice on a roll.

I served these simply back in the day and that’s how I serve them now.  Some ketchup, a pickle. 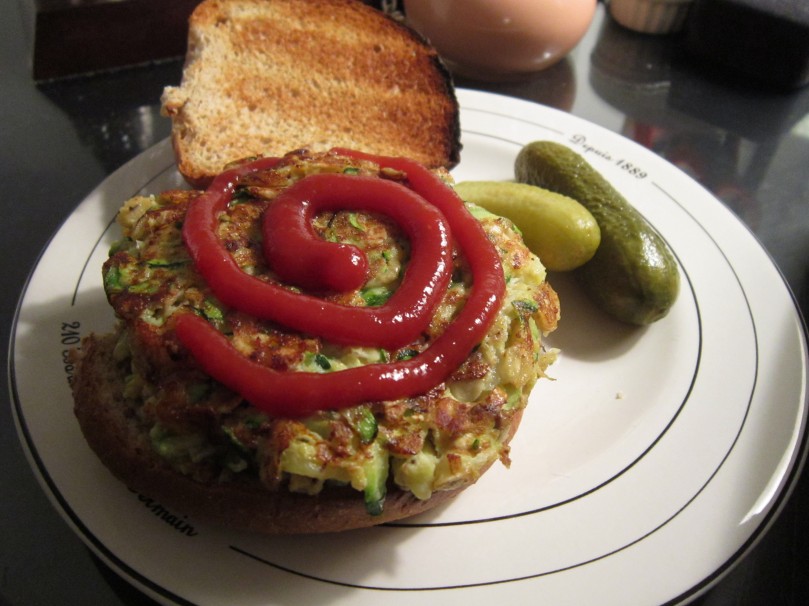 Even though I’ve re-embraced my carnivorous ways, I still love these burgers of my past.

I just wish Hangin’ with Mr. Cooper was still on the air.