So, we all know that I’ve been on a big salad kick (seriously, can I hammer that idea into these posts any more?) but I promise that there is still some variety coming out of my kitchen.

I’m going to give you a recipe, but first let me tell you a little story.

Now, I’m not a “runner”.  As some of my friends would say, I’m a hobby jogger. I don’t race. I’m definitely not fast. And I only like running in nice weather.

That last point is not necessarily a recent revelation, but it became incredibly apparent when I was out on my run this morning.

You see, when I set out all cocky with my ear buds firmly positioned in my ear holes and my sneaks double knotted, it was beautiful outside. I even contemplated an extra mile or two (ok, not two) since I had a little extra time.

I got almost to my turnaround point when I noticed a few droplets hit my forehead. At first I thought that perhaps it was projectile sweat shooting off the guy just ahead of me, but then I noticed some spots on the pavement.

And then. Then the bottom dropped out.  I whipped myself around and sprinted à la Phoebe to the nearest shelter.

I waited. I commiserated with another jogger who (at least I’m not the worst) was trying to wait out the rain because she “didn’t want to have to wash her hair”… Finally, I said “screw it” and took off again as the rain seemed to be lightening up.

And it did. For about a quarter of a mile. Then it started coming down in sheets, completely soaking my shoes through and causing my contacts to slide all over my eyeballs, effectively blinding me.

I sprinted for the nearest shelter and fixed my eyes and made sure my phone hadn’t shorted out.

And then I alternated sprinting and cowering under shelters the rest of the way home, at which point I looked like a drowned rat and proceeded to drag my soggy self to the shower. Which felt somewhat pointless.

I didn’t like it. I mean, at least I got some fast running in and that’s not a bad thing, but I kept thinking about people who tell me that they run in the rain for FUN and how they must be clinically insane.

Suffice it to say, I was pretty happy to get dried off and know that comfort food would shortly be on its way down my gullet thanks to these leftovers:

See? Not a salad! Although, I lightened this up quite a bit and added lots of veggies. It is summer, after all. 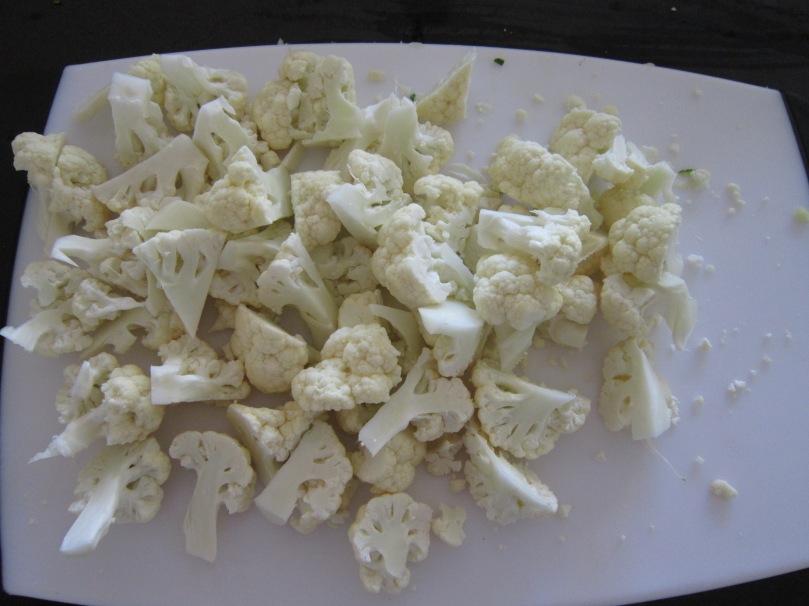 I think there’s a part of me that says “if you’re going to do it, do it right”. But then- I was out of baking potatoes.  Cauliflower and ground beef I had, though, so I threw my hands up and said, “what the hey”. (I say a lot of things to myself)

1. Preheat oven to 375° and grease a casserole dish with cooking spray (mine was 9×13).
2. Place cauliflower in a pot, add an inch or two of water and heat, covered, over medium high heat until very tender.  (7-8 minutes)
3. While cauliflower cooks, spray a large skillet over medium heat with cooking spray and add onions and carrots. Saute until onion is translucent, making sure not to brown.
4. Add beef to skillet and cook, breaking up with a wooden spoon, until it is browned.
5. Add zucchini, chiles, and garlic until fragrant.
6. Add Worcestershire sauce and spices and cook for an additional 2-3 minutes. Transfer to casserole dish.
7. Drain cauliflower well and place back in pot. Add sour cream, salt and pepper and mash well.
8. Spread cauliflower mixture in an even layer over beef mixture and sprinkle with cheese.
9. Bake until cheese melts, about 10 minutes, and then turn on broiler and broil until lightly browned.

You know what? I think this counts as Shepherd’s Pie!

Sure, you can TELL that it’s got extra veggies and is missing potatoes. But it’s still damn tasty.

And it’s only about 200 calories per serving if you split it into six portions, so it won’t weigh you down on those summer runs. 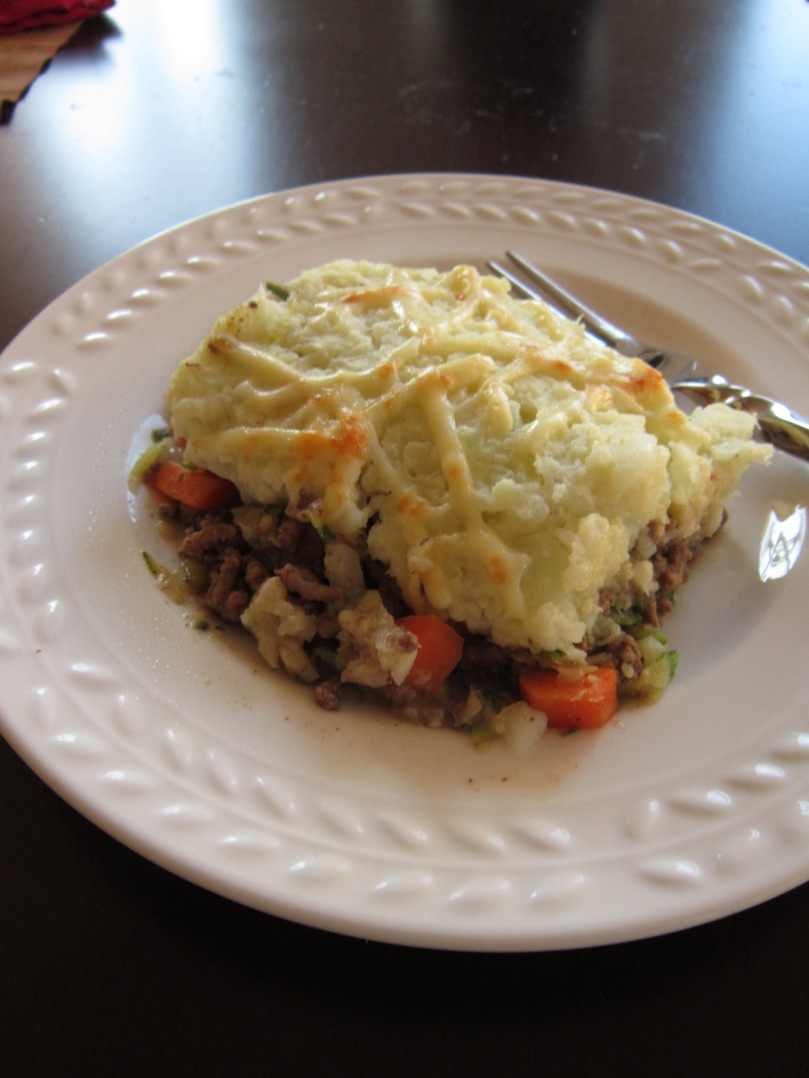 You can leave that to your water-logged running shoes.