Otherwise known as “how to plan for Thanksgiving”.

You guys, I have really been doing a bang-up job getting my stomach (uh…and liver) warmed up for the big feast.   I like to take a page out of the professional competitive eating handbook around this time of year and eat way more than I usually do.  You know, to stretch out the stomach.

Lest you think I’ve been only eating myself into oblivion recently, I will tell you that I’ve also been trying to gear myself up for the dishes that I am actually responsible for cooking.

I don’t think anyone will complain if there are things wrapped in bacon in my family.

So maybe some bacon wrapped dates. 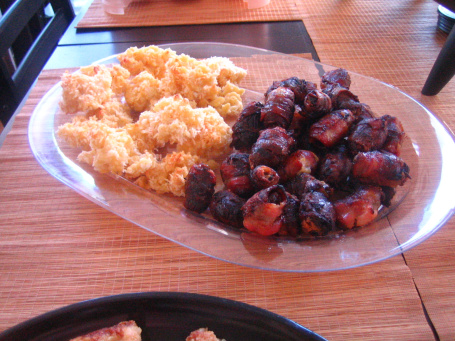 My mac ‘n cheese balls wouldn’t be a bad idea, either.

Or maybe some vegetables wrapped in bacon?

That parmesan zucchini flatbread in the back there would also be pretty quick and easy to throw together.

And then, of course, there are the side dishes.

I will, without question, be making mashed potatoes à la The Pioneer Woman because butter.

And then, because by some miracle my family seems to agree with me that brussels sprouts are delicious (seeing my 5 year-old nephew eat them makes me so happy), I will likely make these: 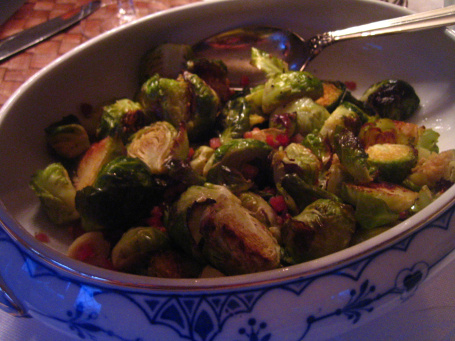 I might even make a hybrid dish and mix them with my honey balsamic parsnips because I have a feeling they’d go well together. 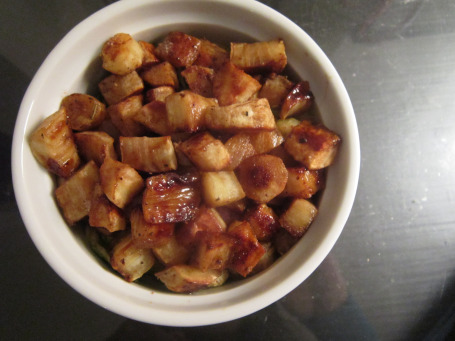 I should probably throw a sweet potato or squash recipe in there, too.

I suppose I’ll have to confer with the clan to see where people’s preferences lie.

And then, of course, there’s dessert.  I’m mainly a pumpkin pie fan, but when it comes down to it I’m not actually much of a pie fan in general.  If I had my way we’d have a pumpkin cheesecake.

Although, that would likely mean that I’d be the one making that, and let’s be honest- I’m not making a cheesecake in the next 48 hours.

I still have some stomach-expanding left to do.

9 thoughts on “Competitive Eating for Dummies”